Python is generally pre-installed on all computers nowadays. However, if you do not have Python installed on your system, please follow the official installation instructions to install Python on your computer. A number of Free/Open source Integrated Development Environments (IDEs) are also available that make working with Python (even) easier. An example list is here.

Tip: Use a virtual environment

The easiest way to install the latest version of libNeuroML is using the default Python package manager, pip:

On Fedora Linux systems, the NeuroFedora community provides libNeuroML in the standard Fedora repos and can be installed using the following commands:

The core classes in NeuroML are Python representations of the Component Types defined in the NeuroML standard. These can be used to build NeuroML models in Python, and these models can then be exported to the standard XML NeuroML representation. These core classes also contain some utility functions to make it easier for users to carry out common tasks. 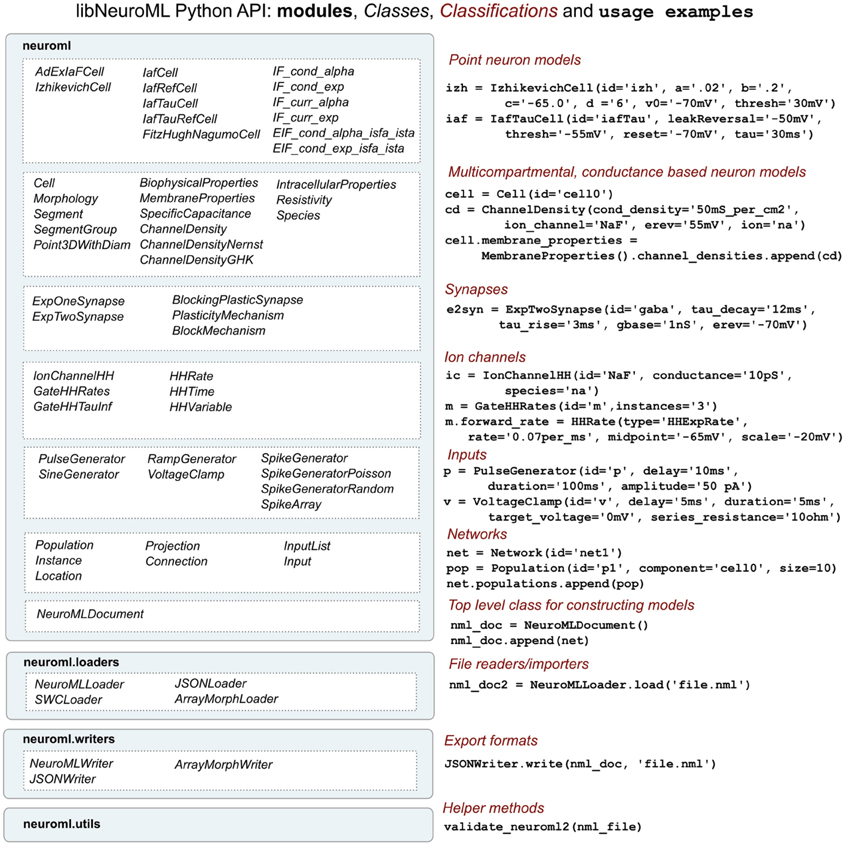 Fig. 47 Examples of mapping between Component names in the NeuroML schema and their corresponding libNeuroML Python classes.¶

As can be seen here, it includes both the biophysical_properties and morphology child elements as variables.

Please see the examples in the NeuroML documentation to see usage examples of libNeuroML. Please also note that this module is also included in the top level of the neuroml package, so you can use these classes by importing neuroml:

For any questions regarding libNeuroML, please open an issue on the GitHub issue tracker here. Any bugs and feature requests can also be filed there.

You can also use any of the communication channels of the NeuroML community.

libNeuroML is developed on GitHub at https://github.com/NeuralEnsemble/libNeuroML under the BSD 3 clause license. The repository contains the complete source code along with instructions on building/installing libNeuroML. Please follow the instructions there to build libNeuroML from source.